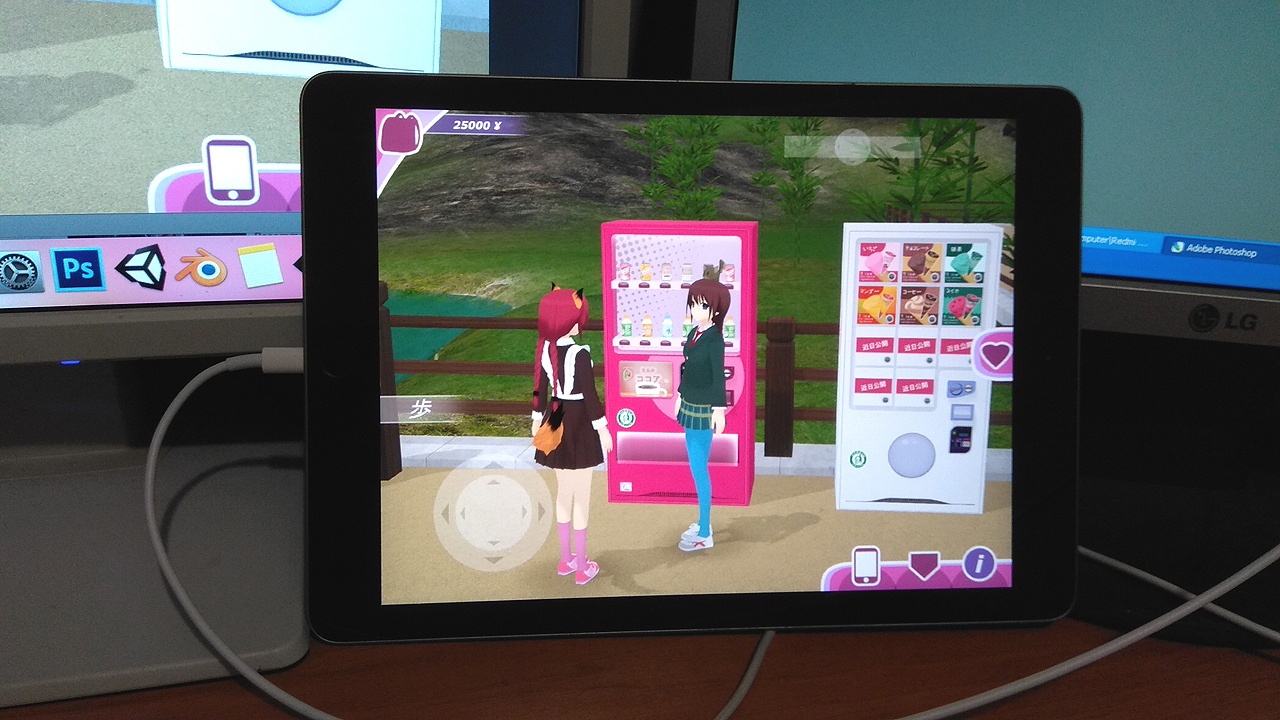 As it was mentioned many times already on this website and on Youtube, the 3D version of Shoujo City for iOS and Android is planned for release later this year, and today I started some preliminary testing with building and running it on iOS. From the very beginning the game was designed to be fully cross-platform compatible between PCs and devices with touch controls, so a lot of things are working already (most of user interface, movement, mini-games), while some others still need work:

I hope to get all of this done and prepare the game for publishing on App Store within one-two months, unless I encounter some issues. I’ll keep posting updates about progress with iOS version on this website and Youtube/Twitter channels whenever I have something to report.

As to Android version, it may require a lot more time due to abundance of various devices from different vendors, each coming with its own modification of Android OS, so there are no set schedules for it for the time being.

BTW, the iPad you can see on the photo above was bought two days ago with money I got from App Store thanks to people who decided to support the future development of this project and bought “Master Key” in the 2D version of the game. Every single cent I get from App Store/Google Play (and, since this year, Steam) will be a direct investment into the future of Shoujo City. This project has made a huge progress already since 2015, and it will keep evolving and getting better – as long as there are people who like and want to support it.