Alpha 0.4 update comes with a new unique feature that I have been planning since long ago!

This feature was inspired by the famous Japanese gamer and artist known online under nickname Nii-san (兄さん) and his dakimakura girlfriend Nemu-tan (a hugging pillow with Nemu Asakura from Da Capo series). For many years he used to run (and still does) a blog posting photos and stories about him traveling and visiting cafes, amusement parks, shrines, and many other places, taking his Nemu-tan dakimakura with him everywhere. 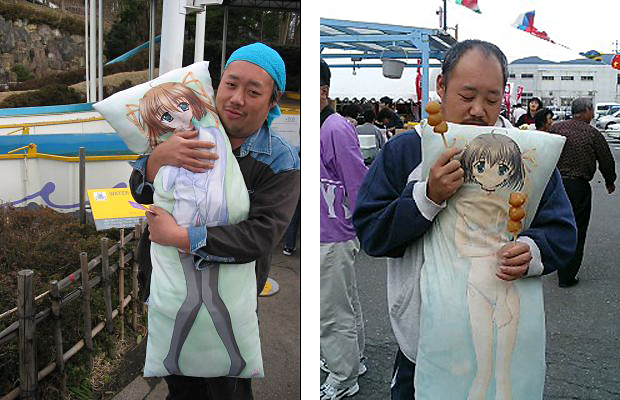 Now, after starting a new game, you can choose to get a real anime girl, or a dakimakura girlfriend.

Thus far there is only one pillow case with an anime girl, but I hope to add more later (these require a lot of time to draw). As far as I know, this is the first time dakimakuras are used in a video game as a gameplay element, so it is a completely unique and original feature.

EDIT (Nov 19): it came to my attention after publishing this update that there are at least a few other video games out there with dakimakuras appearing in them, so my statement from above about “first time… used in a video game” is incorrect.

The cafe is open and now you can visit it with your girlfriend. This is an alternative to cooking food in your apartment. Some interior details in the cafe are still missing and will be added in future updates.

All translations are updated according to their current status in the game wiki.