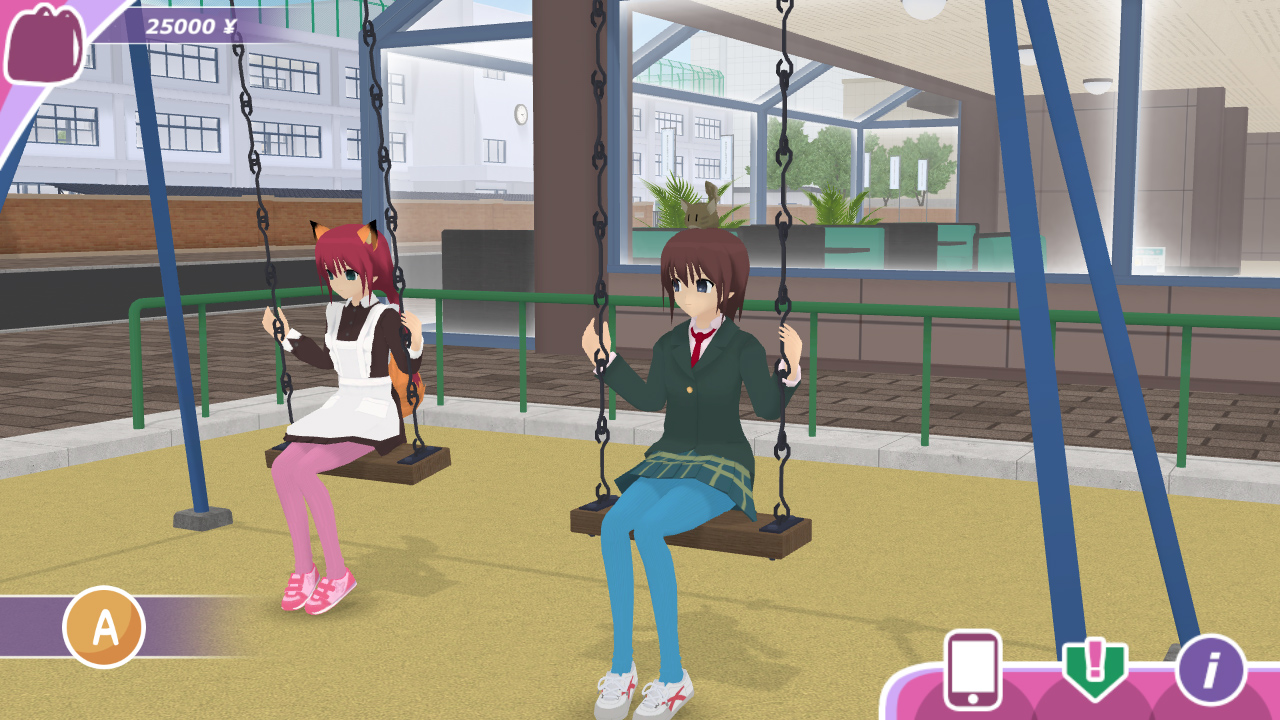 Alpha 0.7b update is released on Steam Early Access. Here is what is new in this update:

Next to the Neko Cafe now there is a mini-playground with a swing. If you date a girl she will swing on her own, and if you date a pillow you can just place it on the second seat. The swing will be a part of a larger playground area in a different location, but since it will be quite a while as yet before that new location is released, I added the swing to the school map for now.

Now every day there is a 50% chance of rain, which will last for several minutes. The rain will prevent you from having outdoor dating activities unless you give an umbrella to your girlfriend. More weather effects (and, hopefully, dynamic day/night cycles – which are in research/experimenting stage now) are planned for future updates.

All translations are updated according to the game wiki.

There was a significant bug in the 0.7b release disabling AI of your girlfriend if you turned off “selfie mode” by using “Q” keyboard key. This bug if fixed in 0.7c update.